Home News Insecurity: What next? We have lived with insecurity for years now. The sane assumption is that we should have learnt by now how to handle and tame the situation. But we have not because there is no designated war front since this is asymmetrical warfare. Even without a war front, the situation could have been handled differently if the intelligence agencies were collaborating with each other efficiently.

Two Saturdays ago a large number of terrorists and bandits attacked the Kaduna International Airport, killed one airport staff and vandalized the place. Two days later, they audaciously attacked an Abuja-Kaduna train and planted explosives on the rail track. Eight people were killed, 26 wounded while many remain unaccounted for. The next day, Tuesday a train station on the same route was also attacked.

It is difficult to understand why all these attacks of the last few days are taking us by surprise because the tell-tale signs have been there all along. In October last year, terrorists attacked a Kaduna-Abuja train with minimal casualties. Wasn’t that a warning that should have alarmed us? We were not alarmed. We simply scratched our heads and thanked God that the good Lord did not allow a major calamity to take place. We prayed that God should prevent the terrorists from doing us more harm.

On the heels of this recent attack on a Kaduna-Abuja train, the Minister of Transportation, Mr Rotimi Amaechi, has revealed that he wanted N3 billion for the installation of digital security and anti-crime equipment but the Federal Executive Council (FEC) meeting shot it down. From the Council minutes lodged in the public space, it is indicated that the company proposed by the Minister for the job was only two years old and did not provide ample evidence of its accomplishments and ability to perform.

While the Federal Executive Council (FEC) may have been right in refusing to give the job to a company with the doubtful ability it should have gone further to ensure that a company with ability was assigned to do the job. I am not equipped with the knowledge of how the FEC awards contracts but I should think that a job that would cost N3 billion or more ought to be open to competitive bidding so that the best vendor and the best price will emerge. It was not good enough to simply shot down the award process without doing anything to secure the rail tracks. Now that equipment will have to be installed, possibly at a higher cost. 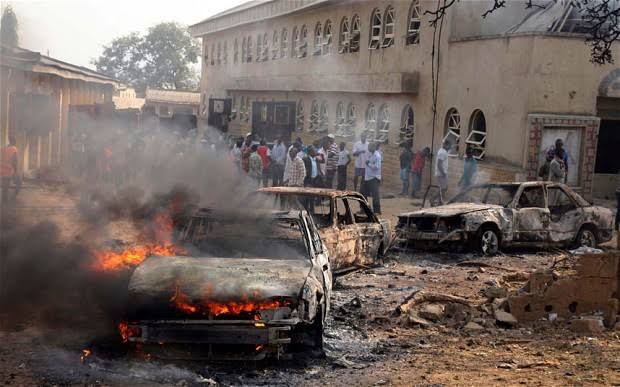 Since 2009 when the Boko Haram episode started there have been all kinds of suggestions on how to deal with the assortment of criminals terrorising the country. President Muhammadu Buhari has directed security men to go after anyone carrying an AK-47 and to deal with them severely. But the terrorists and bandits also use IED’s as well which are locally manufactured. Dealing with IED’s manufacturing needs intelligence coordination among the security agencies instead of the present competition between them.

There must be stricter policing of the airports and seaports by the security agencies. These arms are brought into Nigeria through the air, sea and land routes, which we are told, are very porous. Without more sophisticated arms being brought into the country there would not be a proliferation of small arms in the hands of bandits and terrorists.

0
0   0
previous Abba Kyari reportedly escapes death in prison after 190 inmates attacked him
next 52 days later, where are 68 train passengers