Home News Presidency: You’ll be a worthy opponent to me, Tinubu congratulates Atiku Presidency: You’ll be a worthy opponent to me, Tinubu congratulates Atiku Presidency: You’ll be a worthy opponent to me, Tinubu congratulates Atiku

The APC presidential aspirant welcomed the prospect of squaring up against the PDP candidate, Atiku.

Atiku came tops in the contest that took place at the Velodrome Complex of the Moshood Kashimawo Abiola Stadium, Abuja, on Saturday, May 28, 2022.

The former Vice President polled 371 votes to defeat his closest challenger and Rivers State Governor, Nyesom Wike, who had 237 votes to his name.

Commenting on the outcome of the convention, the All Progressives Congress (APC) presidential aspirant commended Atiku for his unwavering patriotism and commitment to Nigeria’s progress, reported Daily Trust. 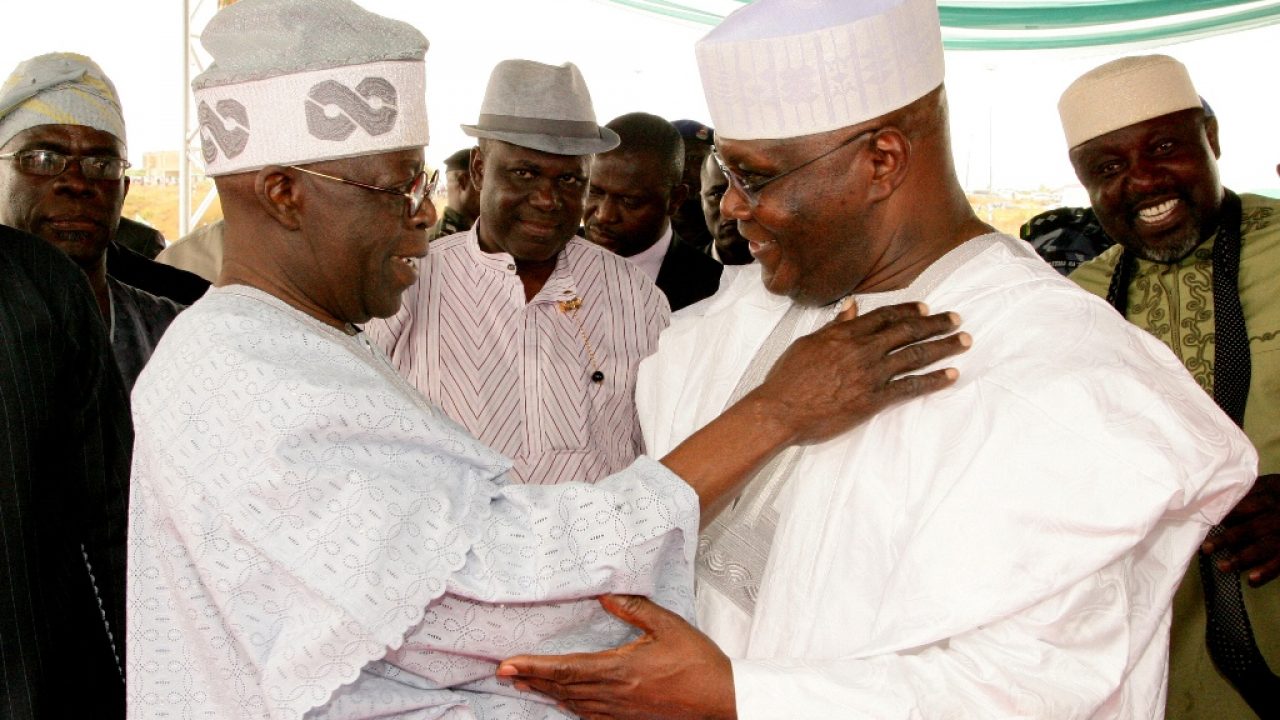 Tinubu also congratulated the other aspirants who took part in the contest for maintaining peace and orderliness throughout the conduct of the exercise and praised them for pledging their support for the eventual winner.

The APC National Leader noted that the former Vice President will be a worthy opponent to him in the coming 2023 presidential election, if by the grace of God and the support of APC delegates, he gets his party’s ticket.

He described Atiku as an experience statesman and veteran of many presidential contests since 1993 whose emergence should come as a surprise to Nigerians.

Tinubu however, pleaded that the upcoming election should be about issues that will impact the lives of Nigerians positively, engender peace, progress, political stability and solve the slew of sociopolitical challenges and insecurity currently bedeviling the country.

He said, “I welcome the victory of Alhaji Atiku Abubakar as the candidate of the Peoples Democratic Party in the just concluded primary. I look forward to squaring up with him as a worthy opponent in the coming election. I have known the former Vice President as a formidable politician and a patriot who believes in the unity and progress of our dear country.

“As we move further into the election season, I charge the PDP presidential candidate and all political actors across Party lines that we should make this election season one that is devoid of bitterness, rancor and strife.

“We should make our campaigns peaceful and issue based. Election season should be a festival of ideas that will uplift our country and improve the living condition of all our people.

“Unfortunately for the PDP, its candidate will be burdened to explain why Nigerians should give it another opportunity, after squandering 16 years at the central government, without much to show.

“Nevertheless, I once again congratulate our former Vice President for his victory in his party’s primary.”

Tinubu will jostle for the APC presidential ticket with 24 other aspirants that have submitted their Expression of Interest and Nomination forms.

The APC presidential primary has been scheduled to hold on the 6th, 7th, and 8th of June at the Eagles Square, Abuja.