Union Bank Plc on Thursday said it had completed its core investors’ sale of a majority shareholding to Titan Trust Bank Ltd., a subsidiary of TGI Group.

In a statement signed by Somuyiwa Sonubi, the bank’s company Secretary, made available to the Nigerian Exchange Ltd., in Lagos, the bank said there was a board change that resulted to the resignation of directors. 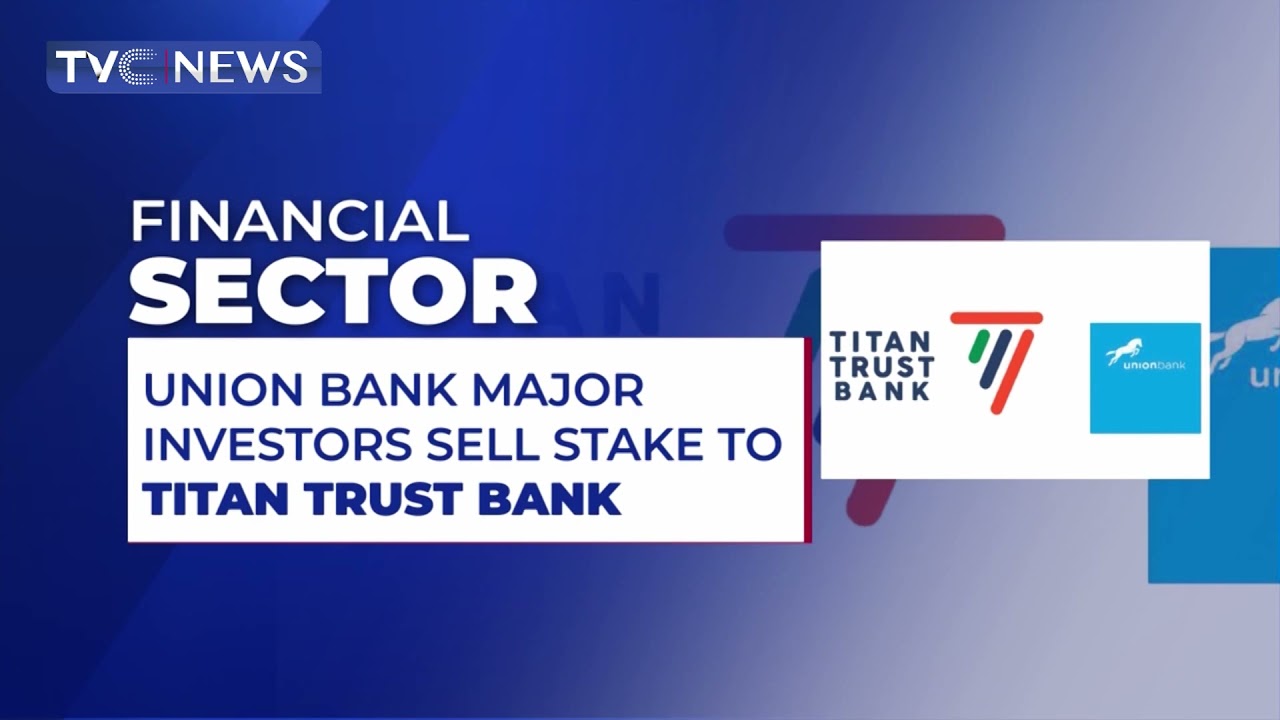 This, it added, subsequently led to retirement of the directors from its Board, while others new ones were appointed.

The statement said, “Union Bank hereby notifies Nigerian Exchange Limited (NGX), the Securities & Exchange Commission and members of the public of the completion of the transaction under the Share Sale and Purchase Agreement (SSPA).”

It said it effectively transferred 93.41per cent of Union Bank’s issued share capital to TTB.

“Consequently, in compliance with NGX, Rulebook and the Amendments to the Listing Rules, Union Bank hereby notifies NGX, our esteemed stakeholders and the investing public of the following.

“Union Bank, hereby, notifies NGX that with the completion of the transaction, TGI Group, parent of TTB, now becomes the majority shareholder and core investor in Union Bank.

“Consequently, UBUK is not included in the transaction with Titan Trust Bank,” said the statement.

The bank also notified the NGX of retirement of directors, the Chief Executive Officer, Mr Emeka Okonkwo, with effective from June 2.

According to the bank, Amray is a seasoned banker with over 25 years in senior management roles.

Prior to being appointed the Chief Executive Officer for Union Bank, Amray led the establishment of Titan Trust Bank and subsequently became the Bank’s pioneer CEO in October 2019.

Aldo, Gumel is Group Executive Director for TGI Group. He is also the Chairman, Board of Directors at Wacot Rice Ltd., a subsidiary of TGI Group, and Non, Executive Chairman at the Nigeria Sovereign Investment Authority (NSIA).

Prior to joining TGI, Gumel was a Partner at PwC and Head of the West African Advisory/Consulting business, covering Nigeria, Ghana, Liberia, Sierra Leone, and Angola.

Gumel holds a BSc. in Materials Technology (Leather) from the University of Northampton and an MSc, in Clean Technology from Newcastle University.

Commenting on behalf of the outgoing Directors, erstwhile Chairman of the Board, Mrs Bassey, said the bank reached a significant milestone with the completion of the transaction between its core shareholders and Titan Trust Bank.

“As is normal for transactions such as this, the current board and CEO Mr Emeka Okonkwo retired and handed over the reins of the bank to a new Board and to Mr Mudassir Amray as CEO.

“The entire Board congratulates the parties on this landmark transaction.”

It has been a privilege and honor to have chaired and served on the Board that oversaw the preservation and transformation of one of Nigeria’s most iconic institutions.

“I extend my heartfelt gratitude to Mr Okonkwo, the Management team and entire Staff of the bank as well as the retiring directors for their diligent and committed service over the years.

“I am also grateful for the trust that our minority investors placed in us for managing and running the bank.