According to Dangote Cement Plc, thanks to its N1 billion promotion called “Spell Dangote and become a multi-millionaire,” at least 25 millionaires will be created each month.

The promo, which was announced in Lagos on Tuesday in the presence of officials from the Federal Competition and Consumer Protection Commission and the National Lottery Regulatory Commission, is anticipated to offer prizes that will change people’s lives and have a significant financial impact on devoted customers.

The group also claims that customers will have the opportunity to win prizes like television sets, refrigerators, rechargeable fans, 2KVA generators, and millions of airtime gifts of major networks in Nigeria during the third season of the Dangote Cement Bag of Goodies Promo, which runs from July 5 to October 31, 2022.

Every single bag of Dangote Cement, according to a statement.

The Bag of Goodies Promo series, according to Group Managing Director of Dangote Cement Plc, Michel Puchercos, was created to continuously reward loyal customers who have remained steadfast and have remained the backbone of the cement industry. 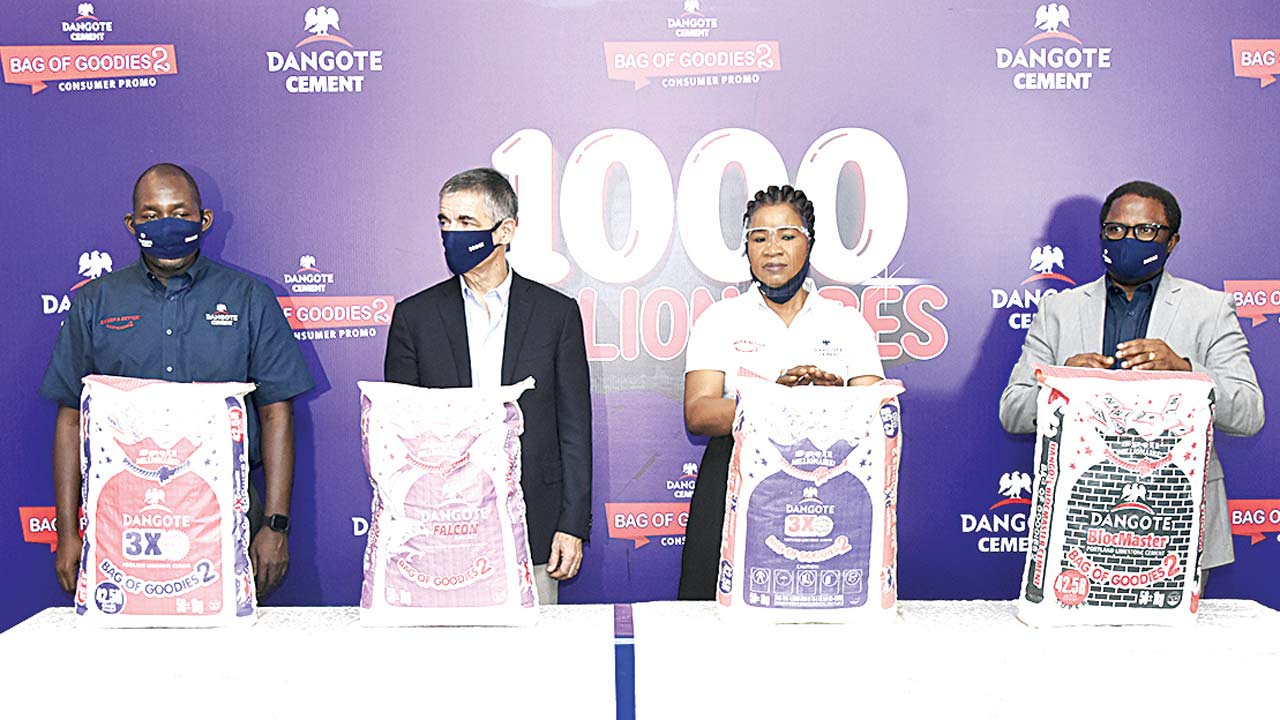 He says that these customers had played a very significant role in making the Dangote line of cement products the top option for building projects throughout the nation.

According to Puchercos, “We are offering prizes that can change your life and have tremendous economic value because they can be used to launch small businesses. These awards are intended to assist numerous families in recovering from the COVID-19 global pandemic’s negative effects on their sources of income. 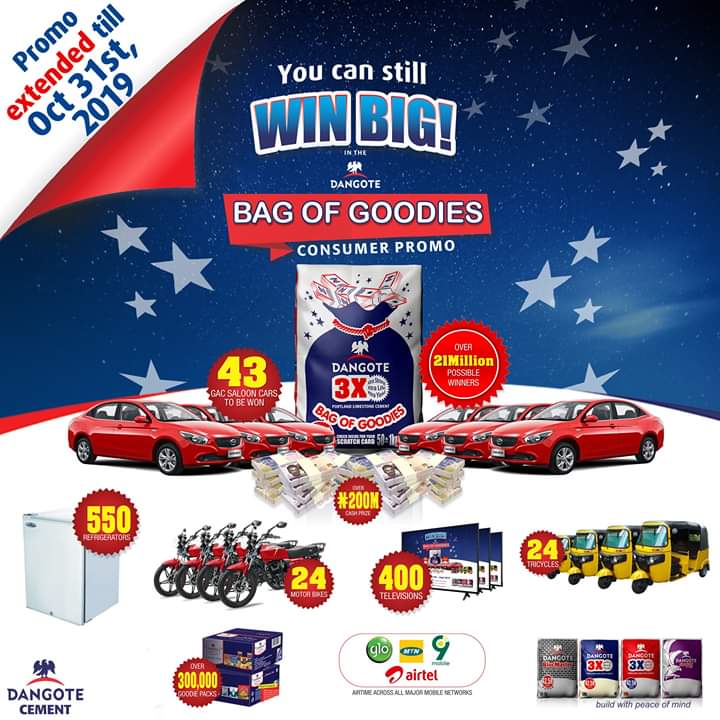 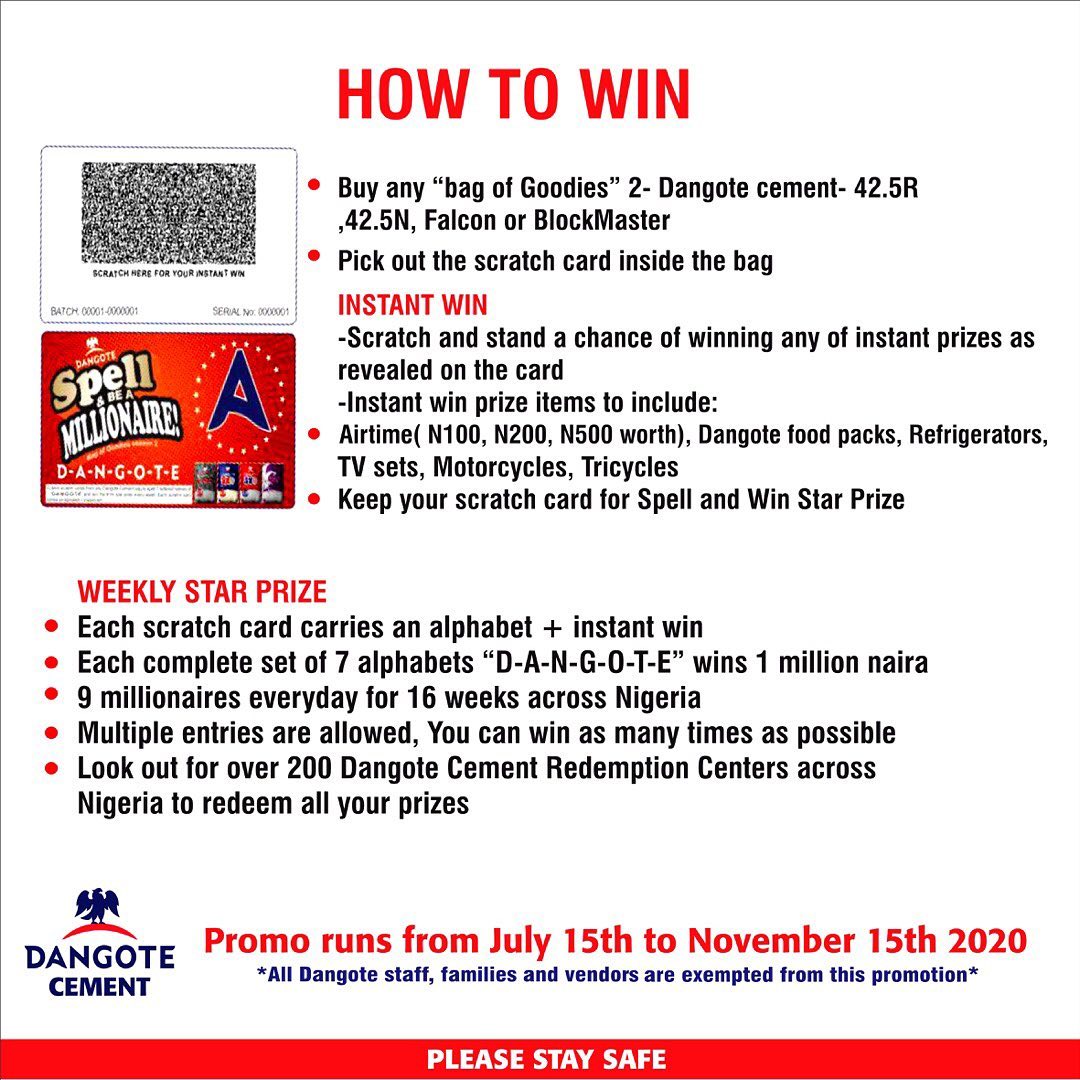