Billionaire Elon Musk has made a move to end his $44 billion deal to buy Twitter.

This is according to a letter sent by a lawyer on Musk’s behalf to Twitter’s Chief Legal Officer on Friday. In the letter, disclosed in a Securities and Exchange Commission filing, Skadden Arps attorney, Mike Ringler, said Tesla’s Chief Executive Officer was exercising his right to terminate the merger agreement and abandon the transaction. 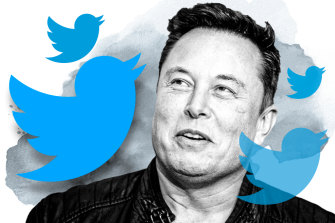 According to the letter, Musk is terminating the merger agreement because Twitter is in material breach of multiple provisions of that Agreement and appears to have made false and misleading representations to him.

Part of the letter read, “While Section 6.4 of the Merger Agreement requires Twitter to provide Mr. Musk and his advisors all data and information that Mr. Musk requests “for any reasonable business purpose related to the consummation of the transaction,” Twitter has not complied with its contractual obligations.

“For nearly two months, Mr. Musk has sought the data and information necessary to “make an independent assessment of the prevalence of fake or spam accounts on Twitter’s platform” (our letter to you dated May 25, 2022 (the “May 25 Letter”)).

“This information is fundamental to Twitter’s business and financial performance and is necessary to consummate the transactions contemplated by the Merger Agreement because it is needed to ensure Twitter’s satisfaction of the conditions to closing, to facilitate Mr. Musk’s financing and financial planning for the transaction, and to engage in transition planning for the business.

The letter explained that Musk was pulling out of the deal because Twitter had failed to provide much of the data and information he needed.

It added, “In short, Twitter has not provided information that Mr. Musk has requested for nearly two months notwithstanding his repeated, detailed clarifications intended to simplify Twitter’s identification, collection, and disclosure of the most relevant information sought in Mr. Musk’s original requests.

“While Twitter has provided some information, that information has come with strings attached, use limitations or other artificial formatting features, which has rendered some of the information minimally useful to Mr. Musk and his advisors.”

The letter revealed that Twitter was in breach of Sections 6.4 and 6.11 of the Merger Agreement because it refused to provide information that Musk had been requesting since May 9, 2022.