The black Stars midfielder Thomas Partey is allegedly in deep shit as he’s reportedly been accused of rape by his girlfriend.

Noise about the case has been around since earlier this week when it was reported the 29-year-old Premier League footballer who plays for a London club (Arsenal) was in custody over rape allegations. 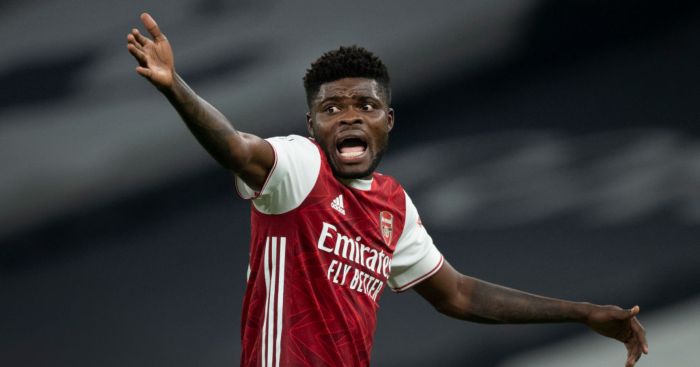 Partey’s name immediately came up on social media after allegations, although it’s yet to be confirmed.

A Ghanaian on Twitter claiming to be close to the footballer has given a brief of what he believes happened.

According to him, Partey was accused of rape by his girlfriend, Sarah, after he has refused to marry her as his wife.

He claims the two were fine in their relationship not until Partey refused to marry her and then she reported him to police claiming he raped her.

Partey was apparently picked up and is currently out on bail.

You will remember the Ghanaian midfielder made headlines some weeks back after saying he would become a Muslim due to his girlfriend.

They apparently had plans to marry each other but Partey reneged, and the Twitter user claims that’s why she’s accusing him of rape.

Neither the Premier League, the Football Association nor Arsenal Football Club have confirmed Thomas as the player at the center of this storm. 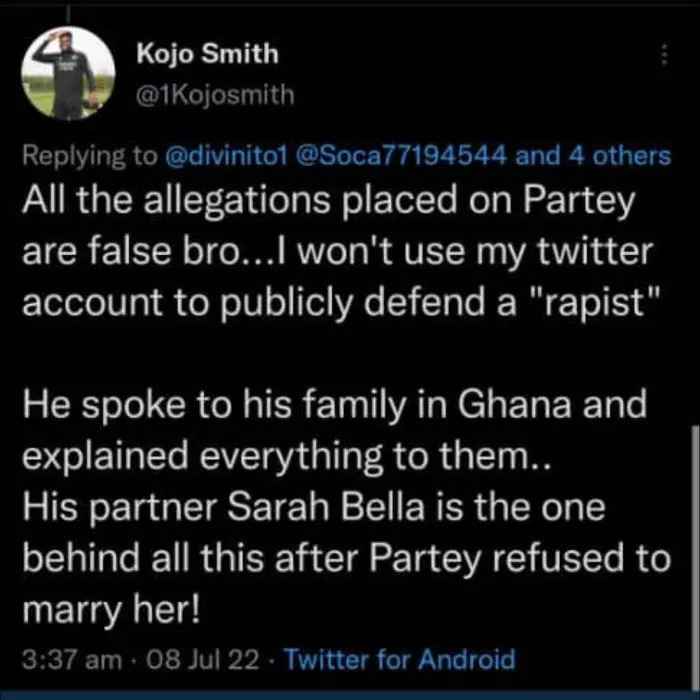 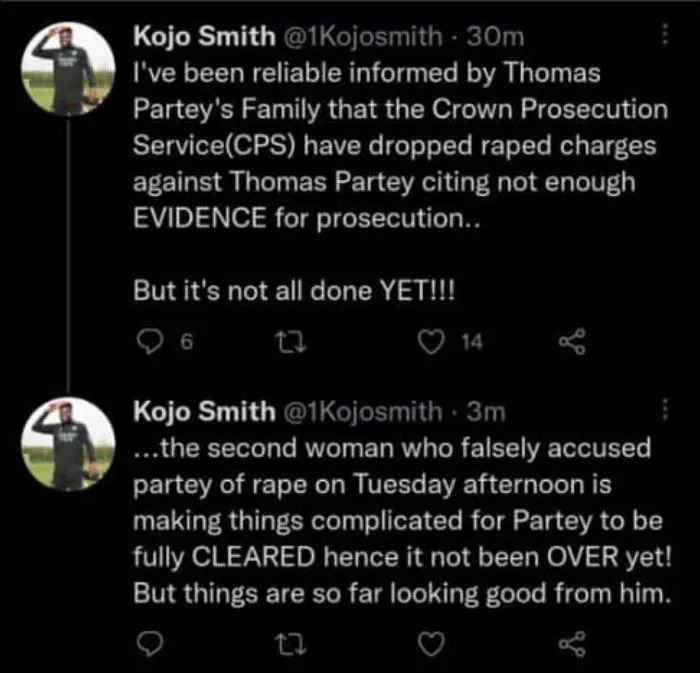 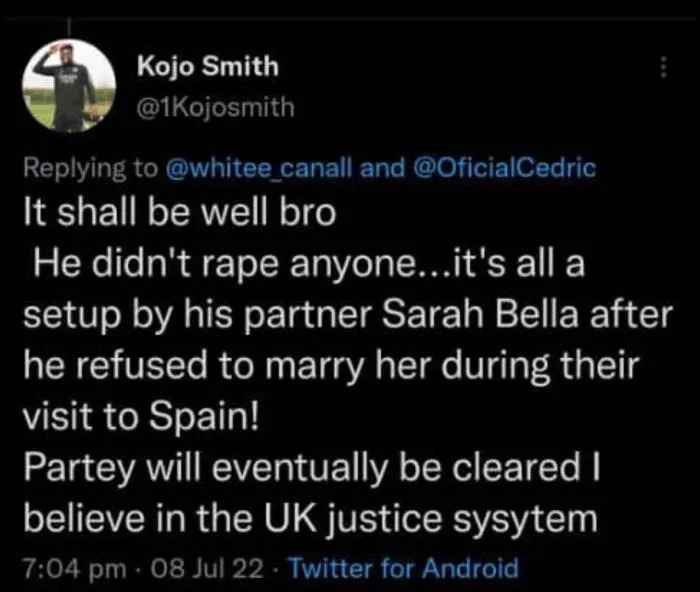 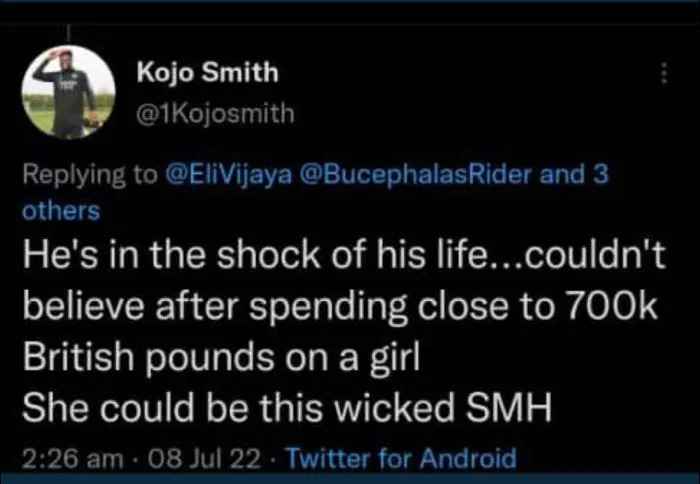 0
0   0
previous Housemaid revealed how Mistress maltreats her for not licking her pr!vate parts and not sucking her br3ast
next Elon Musk set to abandon $44bn Twitter takover